See the Beauty in Dyslexia

A Bit About This Site...

Dyslexia is a learning disability that makes learning to read and spell challenging.  People with dyslexia are of average to above average intelligence, it’s just that their brains are wired differently.  This difference in wiring means that they do not process the sounds the same way as people who are not dyslexic.  There are varying degrees that people are affected by this learning difference.  Some people have trouble with all types of language such as coming up with words when speaking, often resorting to using words that generalize rather than are descriptive (for example:  saying “stuff or things” often) or mixing up sounds in words or omitting them (for example:  saying basgetti for spaghetti or sit’er for sister).

Because dyslexic people have trouble expressing their ideas clearly, have difficulty reading and have poor spelling they often feel like they are not as smart as their classmates and friends even if they are intelligent.  School is often frought with negative experiences, stress and anxiety.  Children with dyslexia do not have nearly as many positive experiences or opportunities as kids without dyslexia in school, where they spend 6-7 hours a day for 12 years.  School days are filled with limitless opportunities for them to fail; they fail at sounding out words or they read slowly so they only get part of an assignment done or they raise their hand to be called on only to forget their idea or have trouble saying what they mean.  Other kids notice and begin to ask them about it or point it out, sometimes with malice intent, other times just because they noticed.  Eventually, many kids give up trying so hard, it becomes easier for them to take themselves out of the lesson than knowing they failed again.  Some kids act out because it is easier to be noticed for being a joker than having others see them fail again .  Teachers have so many children to attend to that they often only see the behavior as laziness, lack of intelligence or withdrawal or nuisance--the distracting behaviors can wreak havoc in a classroom.  Dyslexic kids get really good at never falling victim to being put on the spot to read in front of the class or demonstrate their failures for the teacher or classmates to see.  They learn to do these things as self-preservation of their own self-confidence.  Education often feeds into this deception because teachers failed to learn more about dyslexia and colleges and states failed to educate teachers better on how the brain can be wired differently and the best ways to reach and teach kids with dyslexia.  Empathy and being able to see from the child's perspective is an essential element of reaching these children to help nurture their potential.

Dyslexia is a global issue, people in every country are affected by dyslexia.  Some countries notice dyslexia less because their language is easier to learn, they may have fewer varying patterns or rules to apply.  English is one of the hardest languages to learn but so is Chinese due to the intricate combination of strokes in each Chinese character which relies on rote memorization.  Dyslexics in other countries go through the same negative feelings as kids in America do, they struggle with the same stereo-typing which tends to lower expectations and outcomes.  There are many statistics that show how high the percentage is of people in jail that cannot read or write well.

There is so much wasted talent in society…those with special gifts who missed out on someone recognizing and developing their talent end up in low paying jobs, they could have been engineers, business owners, designers, etc.  All around the world though, societies are beginning to recognize the value in acting on the early indicators of dyslexia, providing early intervention and that the behaviors associated with under-recognized dyslexia are masking the true potential of people with dyslexia. More and more successful or famous people are speaking out about their own struggles with dyslexia and sharing their successes with the world, giving hope and encouragement to children and parents.  The work of Sally Shaywitz, her husband and the staff at the Yale Center for Dyslexia and Creativity have devoted themselves to doing amazing research, publishing their findings and paving the way for a better understanding of yet another subgroup in society, allowing us to learn more, accept more and alter the course of the future.

The children of today are the leaders of tomorrow.

Webinar: Recognizing Dyslexia in the Classroom 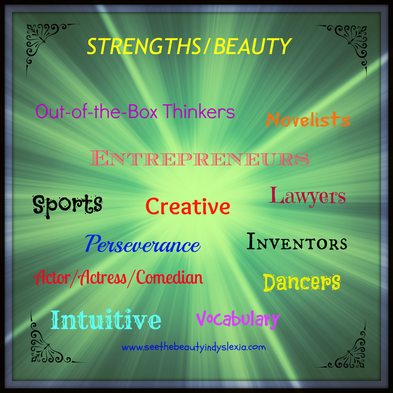 Thanks to the efforts of The Gaab Lab -- There are 31 MYTHS about dyslexia debunked in this section on their website. They spent all of October 2019 posting these on Twitter then compiling them in one area on their website. These myths are accompanied by embedded links to the research, articles and videos. Yup, it's a treasure trove!

What is stealth dyslexia? 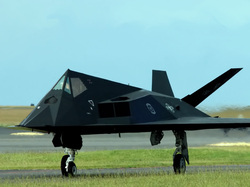 Stealth dyslexia is best explained by Drs. Brock and Fernette Eide in their video's and in their books Dyslexic Advantage and The Mislabeled Child.  They have a very succinct and comprehensive way of explaining everything dyslexia!

Another link to an article by the Eide's on Stealth Dyslexia

Dyslexia in gifted children--harder to detect, but an a must

4 Common Dyslexia Myths Debunked using Neuroscience --Excellent article that explains some of the neruoscientific testing that is available and how those tests are used to dispell some common myths about dyslexia.  Author does a nice job of explaining the differences in the types of brain scan imaging tests too.


Image credit: Gary Waters via Getty Images
General disclaimer:  The views expressed on this website are solely my own, they are not intended to do any harm or misrepresent anything or anyone.  There are links within the site that are to affiliate sites or advertising for which I may receive minimal compensation.
Proudly powered by Weebly